The ultimate version of the classic board game Checkers aka Draughts, now available on mobile!

The ultimate version of the classic board game Checkers aka Draughts, now available on mobile!

If you were born prior to the smartphone revolution, you’ve probably spent some time playing this classic game! Checkers is a free game that will let you play the epic draughts board game anywhere you want, giving you that competitive quick fix you’re looking for.

Whether you’re a draughts fanatic or somebody who wants to show the game to a younger generation, Checkers has you covered. With four different difficulty settings providing anything from a casual experience for newcomers, to a real challenge for experienced players. On top of that, Checkers players know a ton of variants, and we’ve got you covered with some classic options that will let you play the way you love to and find your perfect game and strategy with:

American Checkers/English Draughts
Mandatory capturing, no capturing backwards, and only one move for the King, the only Checker that can move backwards.

International Checkers
Mandatory capturing, and the pieces can capture backwards. The King can move any amount of squares in a diagonal line, as long as the end square isn’t blocked.

Spanish Checkers
Just like international checkers, but without normal pieces being able to capture backwards.

Turkish Checkers
Both light and dark squares are used, the pieces move vertically and horizontally on the board. The King has a free range of movement over the board.

Hopefully, that covers your favorite rules, but if you want to make this famous strategy game truly your own, you can customize it to your liking in the settings! All the rules can be changed, as well as the board size, making this the ultimate draughts experience!

Checkers
Coffee Break Games
Showing permissions for all versions of this app
This app has access to: 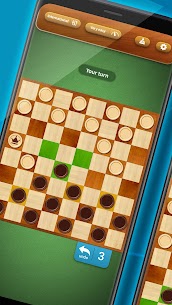 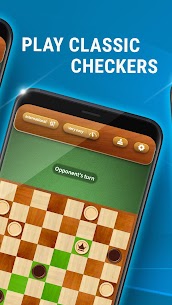 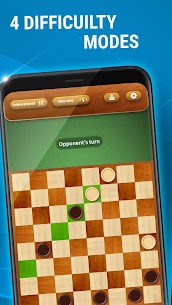 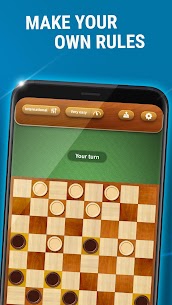 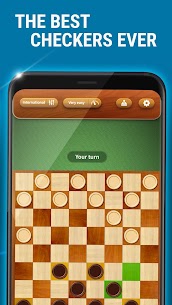