Addressing the BJP leaders after inaugurating the state delegates’ meeting at Murudeshwara in Uttara Kannada district, he alleged that the Congress is supporting terrorists for vote bank politics. 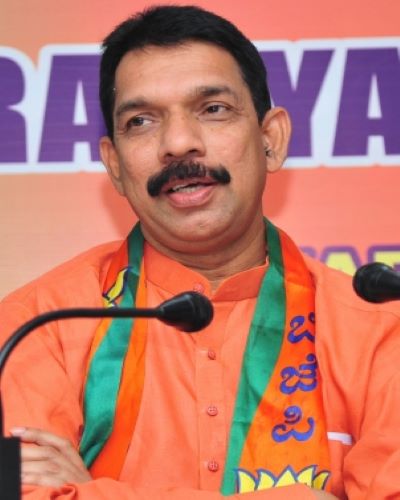 The Siddaramaiah-led Congress government supported terrorism, drugs and sand mafia. The drug mafia was contained by the BJP government headed by Yediyurappa and Bommai, he said.

He also stated that Savarkar is the only leader who has been jailed before and after independence. It is not only Savarkar, Congress has also insulted Dr BR Ambedkar.

Although the Congress came to power in Ambedkar’s name, the party never gave Ambedkar a chance to contest the elections. Even after his death, the party did not perform proper last rites for him, Kateel pointed out.

Congress is not the same as it once was before independence. It has changed, he said.