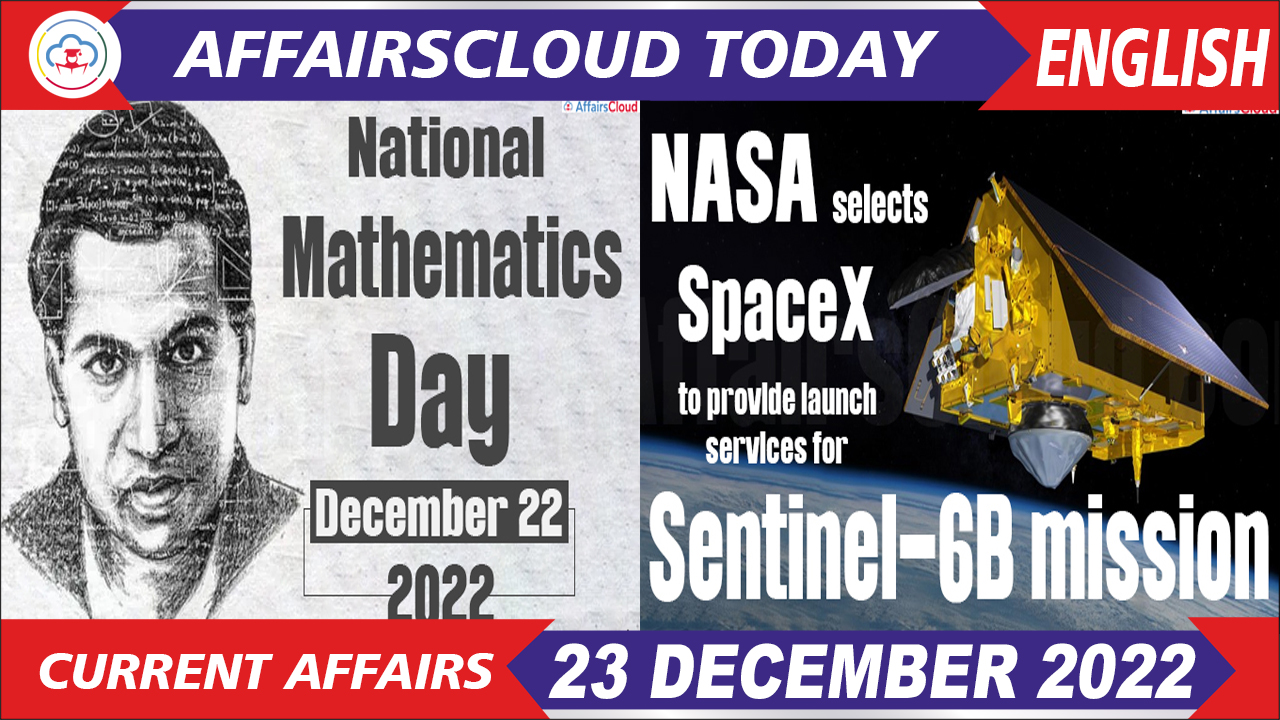 Our Current Affairs December 2022 events will help you to get more marks in Banking, Insurance, SSC, Railways, UPSC, CLAT and all State Government Exams. Also, try our Latest Current Affairs Quiz and Monthly Current Affairs 2022 PDF which will be a pedestrian to crack your exams. On December 21, 2022, Innovations for Defence Excellence (iDEX), an initiative of Department of Defence Production (DDP), signed an innovation contract with Altair Infrasec Pvt Ltd, Pune (Maharashtra). This was the 150th contract of iDEX.
Signatories:
It was signed by Anurag Bajpai, Joint Secretary (Defence Industries Production) & Additional Chief Executive Officer (CEO) of Defence Innovation Organisation (DIO); Anil Anand, CEO, Altair Infrasec Pvt Ltd in the presence of Defence Secretary Giridhar Aramane, among other in New Delhi, Delhi.
Key Points:
i.Altair Infrasec Pvt Ltd, Pune is a winner of the Defence India Start-up Challenge (DISC 7) SPRINT edition on the theme ‘Expendable Mobile Anti-Submarine Warfare (ASW) Training Target (EMATT) capable of simulating the sound and movement of a submarine’.
ii.The challenge envisaged development of a training target capable of being deployed from P8I aircraft, MH60R helicopters, ships doing speed up to 10 knots and other Remotely Piloted Aircraft without undertaking any modification on the platform from which the EMATT is required to be launched.
About iDEX:
i.Launched in 2018, iDEX is funded and managed by DIO. It functions as the executive arm of DIO, and encourages start-ups and other such entities engaged in defence innovation. The 19th meeting of the Experts and Coordinators of the Shanghai Cooperation Organization Interbank Consortium (SCO-IBC), the first to be held under India’s presidency, came to an end in New Delhi, Delhi.

Key Points:
i.During the summit, it was determined to establish a data bank, work toward the Sustainable Development Goals (SDGs), and undertake climate financing initiatives.

ii.The discussion mainly focused on the SCO IBC member banks’ personnel training, the creation of a database for the consortium’s 20th aniversary, and other areas of cooperation between member banks to improve their partnership.
iii.The next meeting will be on capacity building on February 8, 2023, followed by a meeting of the heads of the council of the SCO member banks in April 2023.
iv.Recently, Prime Minister (PM) Narendra Modi attended the 22nd SCO Summit, which took place on September 15-16, 2022, in Samarkand, Uzbekistan.

Shanghai Cooperation Organization Interbank Consortium (SCO IBC)
i.The SCO IBC was created on October 26, 2005, as a result of a decision by the Council of Heads of SCO Member States.

ii.In July 2005, India was granted ‘observer status’ in the SCO during the Astana Summit held in Astana, capital of Kazakhstan.

iii.IIFCL has been taking part in the forum since the Department of Financial Services (DFS), Ministry of Finance (MoF), nominated it to represent India at the SCO IBC in 2017. 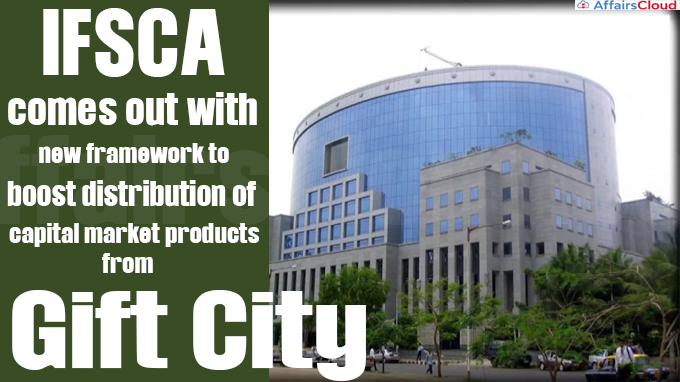 The Insurance Regulatory and Development Authority of India (IRDAI) will soon introduce “Bima Vahaks“ in each Gram Panchayat in order to strengthen the insurance force in India.

Key Points:
i.A “Bima Vahak” will be assigned to each Gram Panchayat, to sell and service the ‘Bima Vistar’ line of basic parametric bundled insurance policies, which provide protection against health, property, life, and personal accident.

ii.Insurance companies are working with state governments to create state-level insurance policies that would boost penetration in areas that do not receive much attention from the major players.
iii.This measure will address the vast protection gap, in which 50% of vehicles are uninsured, property insurance coverage is miniscule, and Micro Small and Medium Enterprises (MSMEs) are uninsured.

Kerala Startup Mission (KSUM) has signed a Memorandum of Understanding (MoU) with HDFC Bank Limited to facilitate an array of banking services to startups in the state through KSUM’s smart solution SmartUp. The MoU has a time frame of 1 year.

Signatories:
The MoU was signed by Saji Gopinath, CEO, KSUM; and Arun Mediratta; Branch Banking Head (South), HDFC Bank.
Key Points:
i.Under this MoU, KSUM will refer startups to SmartUp which will provide smart financial tools, advisory services and technology to aid in achieving their goals.
ii.Bank will provide opportunities for startups to pitch their offerings to capital firms, and also extend its support incubation and acceleration of all startups enrolled in the SmartUp programme.
About KSUM:
The KSUM program is backed by the Kerala government. It promotes entrepreneurship at different levels viz. from promoting entrepreneurship in schools to incubating and accelerating startups in the state.
i.At the school level, KSUM promotes entrepreneurship with schemes such as Atal Tinkering Laboratories, Startup Box etc. targeting young entrepreneurs and school innovations.
ii.It also helps local startups onboard international clients, meet established investors, figure out market needs and know the competition in the international market.

Karnataka Bank has enabled its clients to pay customs duty online by going live on the Indian Customs Electronic Gateway (ICEGATE), the national gateway of Indian Customs of the Central Board of Indirect Taxes and Customs.

Worldline ePayments India, a leader in digital payments, has received in-principle authorisation from the Reserve Bank of India (RBI) to act as a Payment Aggregator (PA) under the provisions of Guidelines on Regulation of Payment Aggregators and Payment Gateways dated March 17, 2020. 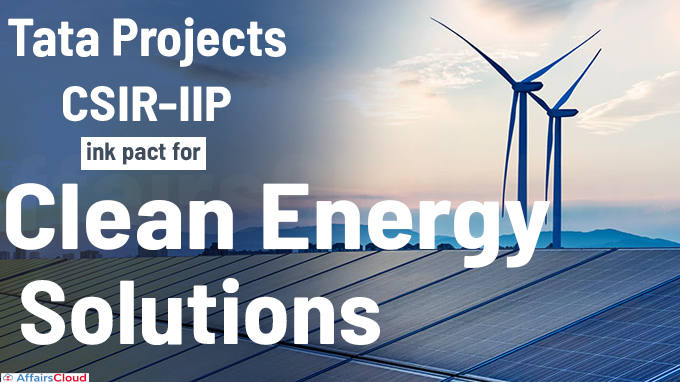 Tata Projects Limited signed a Memorandum of Understanding (MoU) with the Council of Scientific and Industrial Research-Indian Institute of Petroleum (CSIR-IIP), Dehradun, Uttarakhand, to jointly work towards clean energy solutions. 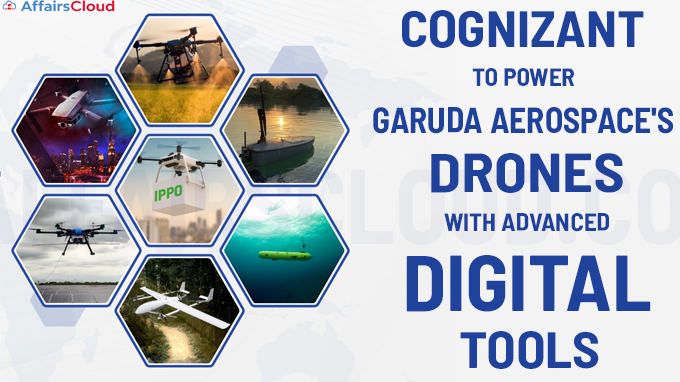 Cognizant Technology Solutions Corp(Cognizant), United States (US)-based Information Technology (IT) service provider, signed a Memorandum of Understanding (MoU) with Chennai (Tamil Nadu)-based Garuda Aerospace, a homegrown drone startup, to power its drones with advanced digital tools.
Aim:
i. The company’s goal is to bring innovative solutions at scale for enterprises aiming to increase their overall outcomes, productivity, and agility.
ii. This collaboration will further enhance Garuda Aerospace’s ‘Made in India’ drones with world-class technologies and catalyze new, innovative solutions to help clients and their customers across the globe.
Key Points:
i. Cognizant and Garuda Aerospace will work together to deliver a wide range of drone-based management and monitoring services for companies across all sectors. The Appointments Committee of the Cabinet (ACC) has appointed Justice Hemant Gupta, retired Supreme Court Judge, as the Chairperson of the New Delhi International Arbitration Centre (NDIAC) and Ganesh Chandru and Anant Vijay Palli as part-time members of NDIAC.
About  Justice Hemant Gupta:
i.He was born on 17th October 1957, and enrolled as an advocate in July 1980.
ii.He worked as additional advocate general of Punjab from 1997 to 1999 and was appointed a judge of the Punjab and Haryana High Court in 2002.
iii.Justice Gupta has also served as a member of the Computer Committee of the Punjab and Haryana High Court for more than 10 years, during  which complete computerisation of the high court including digitisation of the entire records of judicial files happened.

iv.In February 2016 he was appointed as the judge of Patna High Court and in October 2016 he became the acting Chief Justice of the same high court.

Key points:
i.On 2nd November 2018, he was elevated as the Judge of the Supreme Court of India and he retired from the office after a 4-year term on 16th October 2022.
ii.He has delivered several important judgments, including the verdict in the Karnataka Hijab ban case; Just three days before his retirement, he had dismissed the appeals challenging the March 15 judgement of the Karnataka High Court which had refused to lift the Hijab ban.
About New Delhi International Arbitration Centre (NDIAC):
The NDIAC, under the Ministry of Law and Justice, was established for creating an independent and autonomous regime for institutionalised arbitration.
Headquarters – New Delhi, Delhi
Establishment – 1961 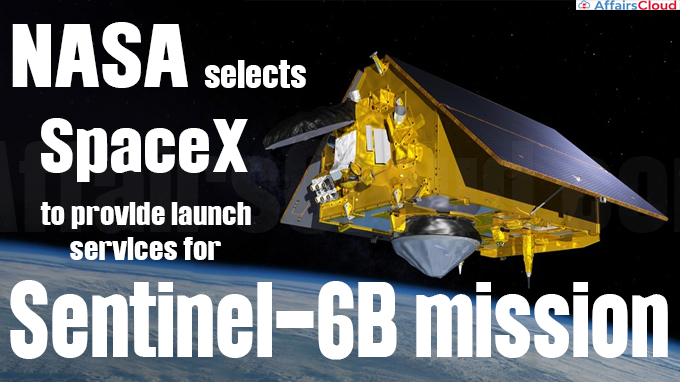 The National Aeronautics and Space Administration (NASA) of the United States (US) has granted Elon Musk’s Space Exploration Technologies (SpaceX) of Hawthorne, California, US, a contract for launch services for the ‘Sentinel-6B mission’ worth approximately USD 94 million.

i.The US and Europe are collaborating on the Jason Continuity of Service (Jason-CS) mission aboard the Sentinel-6 spacecraft. Jason-CS/Sentinel-6 consists of two identical satellites:

‘Project dearMoon’: Baalveer Actor Dev Joshi Among Eight-Member Crew for SpaceX Moon Trip
Dev Joshi, an India actor and influencer, is one of the 8 people who will fly to the moon in 2023 on a Starship spacecraft developed by Elon Musk’s SpaceX.

On 21st December 2022, National Aeronautics and Space Administration (NASA) formally retired its Mars InSight lander after more than 4 years of collecting unique science on Mars. The last time InSight communicated with Earth was on 15th December 2022. On 21st December 2022 H.R. Keshavamurthy, a senior gamaka exponent and a Padma Shri awardee passed away in Hosahalli in Shivamogga taluk, Karnataka. He was born on 22nd February 1934 in Hosahalli, Shivamogga District of Karnataka.
Note: Gamaka, also known as kaavya vaachana, is an art form of meaningful and melodious rendering of verses from classical epics that originated in Karnataka.
About H.R. Keshavamurthy:
i.Keshava Murthy was born in a family of gamaka artists and had initial training in gamaka from his father Ramaswamy Shastry.

ii.Under the guidance of Venkateshaiah he continued his studies and presented a number  of programmes and had trained many students. Through his performances, he publicised noted Kannada epics.
iii.Awards – He has been honoured with many awards including Shantala Natya Shri award in 1998 for his contribution to classical dance, by the government of Karnataka and different cultural organisations. 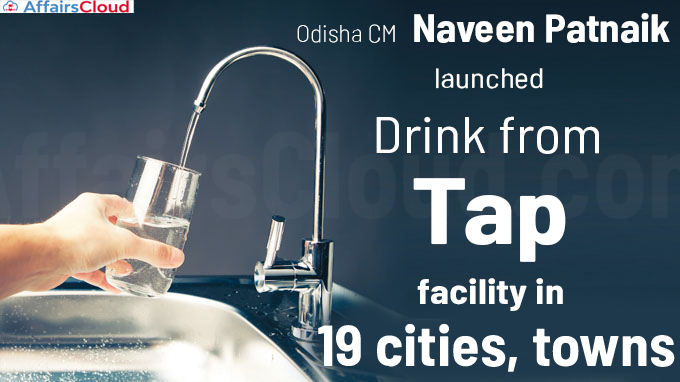 On 21st December 2022, Chief Minister (CM) of Odisha, Naveen Patnaik, launched the 24-Hour Drink from Tap project in 19 cities and towns of Odisha, which would benefit over 5.5 lakh people.

Key Highlights:
i. In 2021, Odisha’s Puri was the 1st city in the state to have a drink-from-tap facility. Gopalpur is the 2nd city in Odisha to facilitate the project.
ii. Drinking water will be supplied around through taps installed in households under the project.
iii. According to CM Naveen Patnaik, the initiative would help at least 5.55 lakh people in 19 cities and towns.
About Odisha:
Chief Minister- Naveen Patnaik
Governor- Ganeshi Lal
Wildlife Sanctuary- Bhitarkanika sanctuary
Airports- Rourkela Airport; Gopalpur port 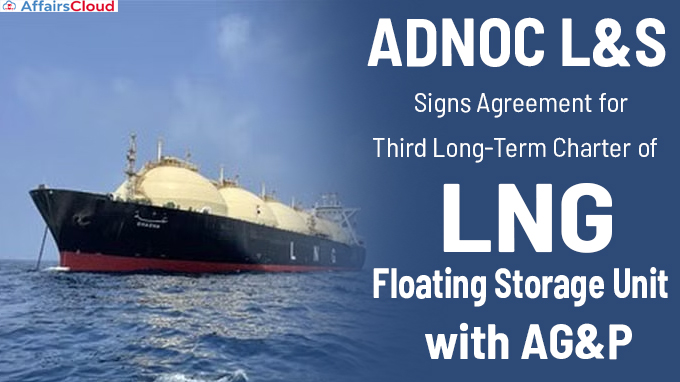 Key highlights:
i.Under the agreement, the carrier will be used at AG&P’s LNG Import Terminal in India, which will be commissioned in the 2nd half of 2024.
ii.The operations and maintenance of the FSU will be undertaken by ADNOC L&S, while the conversion of the LNG Carrier (LNGC) will be taken care of by GAS Entec, an AG&P subsidiary.
About Ghasha:
The LNG carrier Ghasha, built in Japan, is a moss-type containment vessel with a capacity of around 138,000 cubic metres. 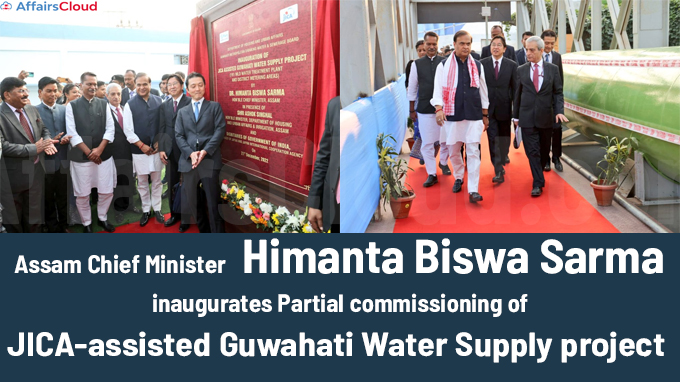 Key Highlights:
i. The ‘Guwahati Water Supply Project’ aims to provide clean potable water to the residents of Guwahati, Assam.
ii. The project has the capacity to provide 1.25 lakh families in parts of Guwahati with a 24-hours water supply.
iii. Currently, the partial commissioning will allow Guwahati Jal Board to supply water to about 13,000 households in Guwahati’s multiple localities.
Note:

M.B. Rajesh, Minister of Self-Government Excise Department of the State of Kerala inaugurated Kerala’s 1st smart mobile composting unit in Pallithottam, Kerala. The unit was jointly launched by Suchitwa Mission and the Kerala Mission. He also noted that waste management issues in Kerala will be eliminated by 2026.

AffairsCloud Ebook – Support Us to Grow