Google Search will focus more on audio, video and regional language content for Indian audiences, the company said at an event in New Delhi yesterday. To begin with, Google will bring its multi-search feature to India in English, and it will be available in Hindi next year. There are plans to expand multi-search to other languages.

It’s a new multi-search feature where users can add a text-based query to their visual image search through Google Lens. For example, if you search for a fabric pattern on Google using an image, you can add text saying, Find me a dress in that particular pattern.

“We see multi-search being used in many ways. We talked about searching for a particular flower with Google Lens. But what if I want to buy one somewhere, right? Or how to take care of it? So we are working on the ‘multiple search near me’ feature in the US and will bring it to India as well,” Elizabeth Reid, Vice President, Google Search told indianexpress.com.

He added that expanding multi-search to other languages ​​is not an easy task, as Google needs to ensure that the content displayed matches the query. “You have to consider not only the quality of language understanding, but also the search ability to merge images and reveal underlying content,” he explains. 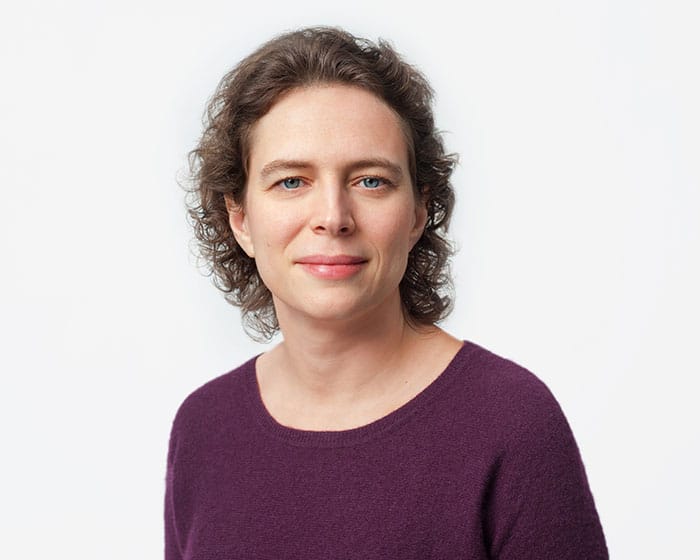 Elizabeth Reid, Director of Search at Google in this file photo.

For Google, the emphasis on improving search results for visual-based queries makes sense in a market like India, where this is prevalent. Globally, Google sees around 8 billion queries per month for its Lens tool. And India is the leader in this particular segment.

More importantly, Google sees multi-search as a way to more richly answer other queries. According to Reid, users rely on multiple searches to find new products, plants and foods.

Google will also bring its ‘search in video’ feature to its flagship app in India. This feature is currently being piloted globally. Now, if users in India see a video result in Google Search results, there will be a ‘Search in video’ button next to it. A user just needs to click that button, and then search for a specific point in the video by typing in some keywords. 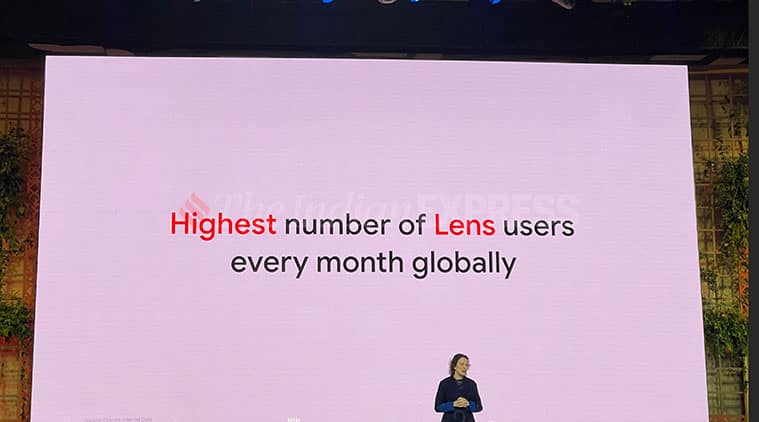 “You’ll hear stories from people who go and then you’ll look at the video transcript to find where something is. Yes, you can move back and forth, but it’s painful. Say if you were listening to an earnings call, can you find where they talked about this issue? Or listening to a teacher’s video, and you want to delve into a certain part of the material to learn more about it,” Reid explained, adding that this was part of efforts to make information easier to access.

According to Puneesh Kumar, General Manager, Search, Google India, the search engine relies on video transcription to help users jump to the exact point they searched for, and again relies on artificial intelligence to ensure accuracy. “Normally, you can index the transcript in Search. But what if it’s not the exact keyword combination? It’s going to be a synonym. Searching is understanding what I was looking for, maybe not the exact word I was looking for. So that’s where intelligence comes in and What AI empowers,” Kumar said.

Another change in search results is the increasing emphasis on regional content, which is India’s first feature. Google will now start showing results in the regional language along with English when a user searches for any topic. It will start with Hindi first, with Tamil, Telugu, Marathi and Bengali support added next year.

“The goal is to try and help the user as much as possible. We learn as we go, and we will continue to improve this experience. We are launching with Hindi and then we are looking at expanding to other languages ​​over time,” Kumar said. Google says that when it displays results, it will look at signals like geography, user’s language preference, etc.

Most people will benefit from it. But we are always working to give you the option to refuse. So people can say that I don’t prefer it or that it doesn’t apply to me”, he added.

Google is also looking to help those who do not communicate as well as others and those who have speech impairments. He announced that his Project Relate, which helps people with non-standard speech to communicate using voice with the help of AL and machine learning, will be available as a pilot in Hindi in 2023. users, but the pilot will be used to gather feedback to improve the technology. 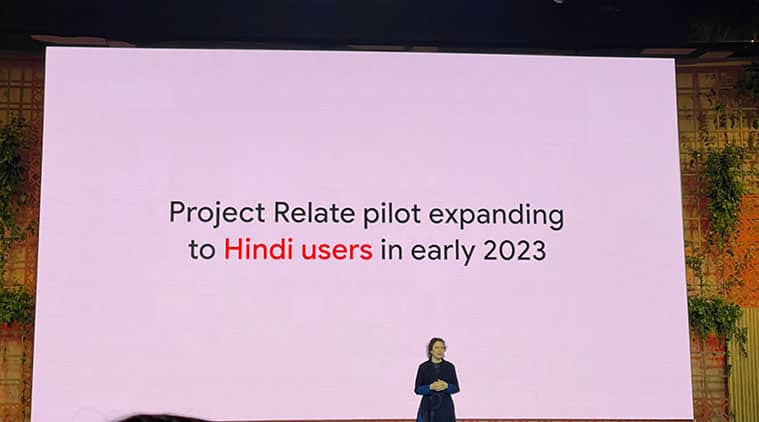 Project Relate will be available in Hindi on a pilot basis from next year. (Image credit: Shruti Dhapola/Indian Express)

At its launch event, Google showed how it tested with a user, a woman named Chandani Kumari, who is facing a problem. In the video, Kumari used the Project Relate app to communicate with others, as the app would translate what she said into standard speech that others could understand.

When asked when the project would come out of beta testing, Reid insisted that it would take some time. “Usually we learn an enormous amount from a pilot. When you release it on the scale, you want to make sure you adjust it. The pilot will tell us that we have a little work to do or a lot of work to do before we launch,” he added.

When asked about the future of search and whether what users can expect is something like “ChatGPT,” Reid stressed that while AI would make it more natural, Google was also aware of its responsibility around the issue. “Google has pioneered much of the underlying technology for AI. We want to be bold and innovative. But we also think it’s essential to be responsible,” he said, adding that the latter would be increasingly important as AI advances.