Ever had a tough time searching the right GIF or an Image that you want to send to your friends in your over size gallery during a busy discussion? Meme Keyboard is here to help, impress your friends and partners by sending awesome Memes and GIFs right from your keyboard without leaving your favorite apps.

Download APK
0/5 No votes
Report
Developer
The Weekend Party AppsVersion
2.3-user
Updated
November 17, 2018Requirements
5.0 and up
Size
4.5MGet it on

Ever had a tough time searching the right GIF or an Image that you want to send to your friends in your over size gallery during a busy discussion? Meme Keyboard is here to help, impress your friends and partners by sending awesome Memes and GIFs right from your keyboard without leaving your favorite apps.

Meme Keyboard aka Gif Keyboard is a custom keyboard app that users can use to send images and GIF’s to others using our keyboard on any app (provided the apps support them). We support the new API with Android 7.1 which enables keyboards to send rich content to the host applications but there is a catch, the app that you may use the keyboard with should also support this new API which few apps already support other apps that don’t support this API we will invoke the default share action of the app that you are using the keyboard with. Please see How it works on the app to know more.

You can install this Keyboard without any fear because unlike other 3rd party keyboards we don’t offer text input i.e, you cannot enter any text using our keyboard. We only show images/GIF’s for you to use in other chat apps like WhatsApp, Telegram, Messenger & Hangouts so you can be assured of your privacy and we won’t be tracking your credit card numbers etc as you may assume. On Nougat devices this is shown as a warning but you can be sure of us.

As we did not want to implement a generic keyboard for text input, instead the keyboard will have neat categorization of images, reactions and other comedy GIF’s that users can use in their favorite chat applications.

There are a ton of apps that may support our features but we have tested all the above and it works super fine. Other third party keyboards like GBoard, Tenor GIF Board support both a normal keyboard and GIF capability but we only want to do the later, if you had used those apps finding Indian content can be tricky at time so we have carefully curated Indian content for you. Initially we are uploading all Tamil Memes and Tamil comedy reactions and other GIF’s more to come soon. Happy Chatting 🙂 Go one be the #ChatSuperStar.

Largest collection of originally tailor made Tamil GIF’s and memes on the whole internet.
We are going to add Bollywood gifs & memes, Telugu gifs and other awesome Indian gif/ memes. We are looking for content partners to help us curate awesome stuff.

Meme Keyboard:GIF's,Memes for WhatsApp, Messenger.
The Weekend Party Apps
Showing permissions for all versions of this app
This app has access to: 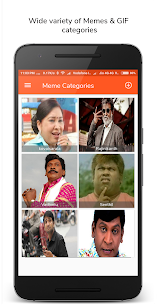 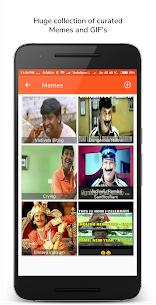 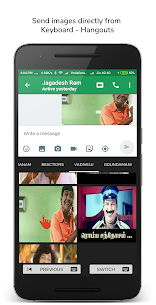 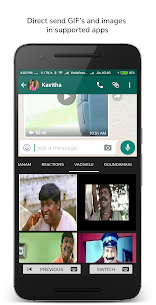 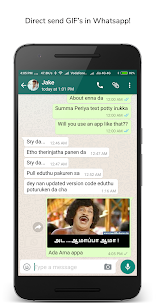 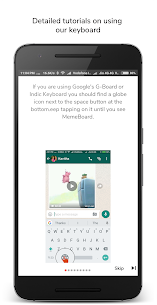 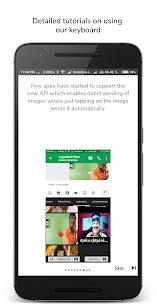 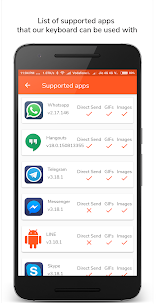 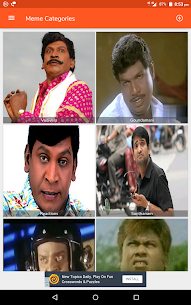 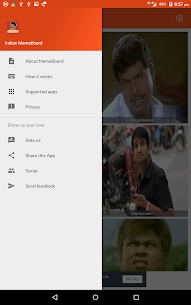