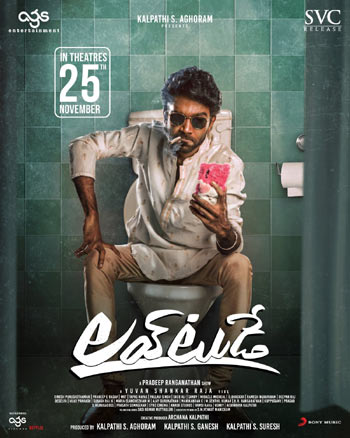 After a big hit in Kollywood, the new romance love story, Love Today was released in Telugu last month. Directed and acted by Pradeep Ranganathan, the film has Ivana as the female lead.

The latest news is that the Telugu version of Love Today has made its digital debut on Netflix. Also, Kannada and Malayalam versions are released exclusively on the same platform. Love Today is an interesting move by the team to reach out to a wider audience. The Tamil version was already released in the first week of December.

Sathyaraj, Radhika, Sarathkumar, Yogi Babu and others played important roles in this blockbuster film. Yuvan Shankar Raja provided excellent music for this small film which became a huge hit in both Tamil and Telugu.

Articles that may be of interest: