Belagavi, December 20 (IANS): After successfully unveiling Veer Savarakar’s portrait at Belagavi Suvarna Vidhana Soudha, the ruling BJP is now gearing up to install pictures of the freedom fighter in all schools in the state.

Minister Kumar defended the move to put up Savarkar’s photo in the Suvarna Soudha Assembly Hall, and expressed his resolve not to oppose the opposition Congress party’s decision. 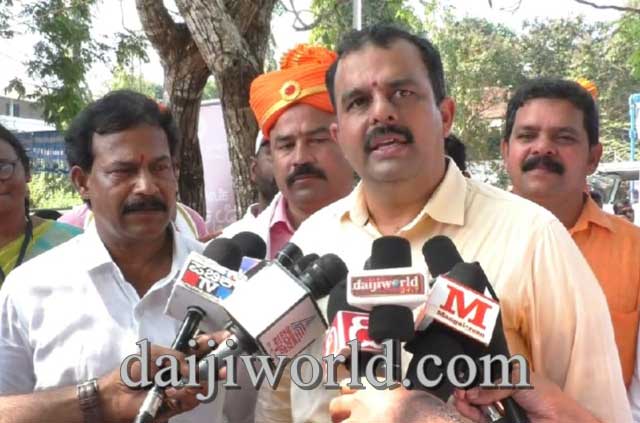 “After 75 years the Congress leaders have come to know. They are now acting as if they have a soft spot for Savarkar,” he said.

He further stated that the government would give priority to the sentiments of the Kannada people on the border dispute. “We will not hurt the feelings of our people,” he said.

The Karnataka government unveiled Savarkar’s photo on Monday in front of the opposition Congress at the Suvarna Vidhana Soudha assembly hall.

Veer Savarkar’s picture was among the seven pictures of great personalities of the country that were installed in the Assembly Hall. The event was held in the absence of Congress leaders and MLAs.

Later, in a surprise move, the opposition Congress party maintained that it has no opposition to the installation of Veer Savarkar’s photo in the Belagavi Suvarna Soudh.

He demanded that the photo of the first Prime Minister Jawahar Lal Nehru should be installed along with others. The Congress stand has shocked political circles.