SmarterNoise features smart icons that react to the measured sound levels based on current research results focusing on the health and well being effects of noise pollution. With the SmarterNoise icons you easily understand how hearing, cognitive performance, and health may be effected during different levels of noise exposure. The awareness of harmful noise is increasing globally, and is considered a versatile risk factor for wellbeing and health, especially in noise polluted urban environments.

About decibels and sound measurement

The unit for measuring noise and sound is called a decibel. Because the decibel scale is logarithmic, a sound with an intensity that is twice that of a reference sound corresponds to an increase of about 3 decibels. The reference point of 0 decibel is set at the intensity of the least perceptible sound, the threshold of hearing. On such a scale a 10-decibel sound is 10 times the intensity of the reference sound. Highlighting this is important as already a few decibels higher or lower makes a noticeable difference in how noise is perceived.

The preferred method to describe sound levels that vary over time, resulting in a single decibel value measuring the total sound energy over the period is called Leq. It is however common practice to measure sound levels using the A-weighting, which effectively cuts off the lower and higher frequencies, that the average person cannot hear. In this case Leq is written as LAeq. LAeq measures a formulated average which emphasises higher sound peaks, and is one of the most common measurements used by professionals to measure noise. All averages in SmarterNoise are measured in LAeq.

According to the findings of the World Health Organisation (WHO), noise is the second largest environmental cause of health problems, after the impact of air quality. While environmental awareness in general has increased, the burden from noise has not yet been realised by the general public. People especially in urban environments are subjected to noise during day and night, at home and at work. Noise pollution has increased over the years due to extensive traffic, increased air travel, urbanisation, and industrial noise exposure. Because of the complex and frequent issue of everyday noise, we developed SmarterNoise in order for people to understand noise better.

Time and location are now displayed in the small camera view as well. Layout has been fixed to work better with large font sizes.

SmarterNoise - video sound meter recorder camera
Agibili
Showing permissions for all versions of this app
This app has access to: 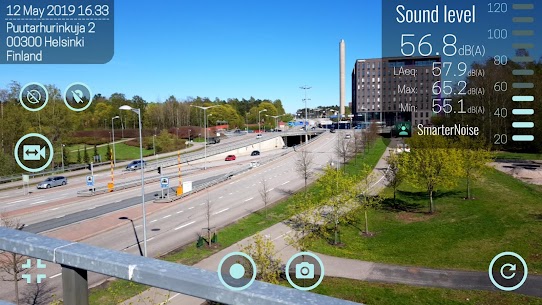 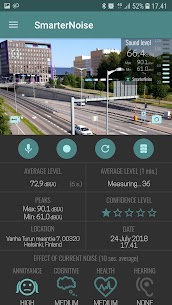 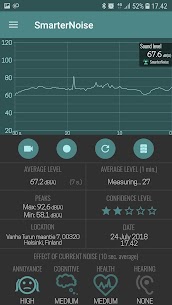 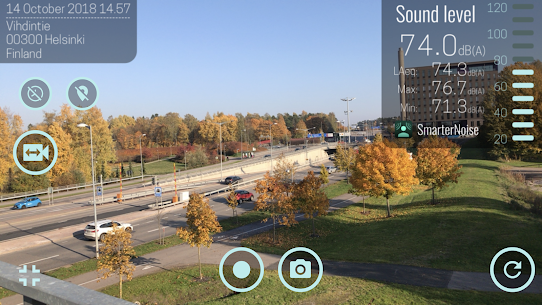 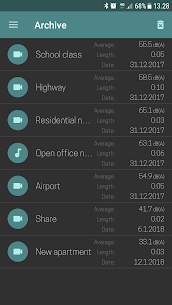 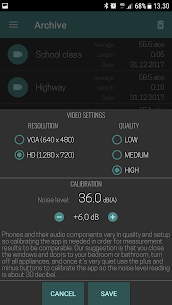 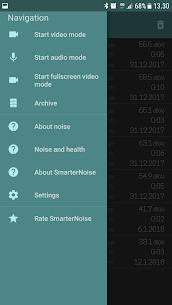 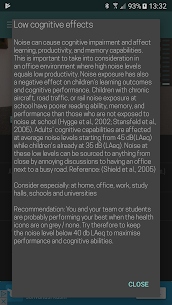