JD(S) MLA Anitha Kumaraswamy, in a rally, urged farmers to take as many loans as possible and promised to waive them once her party comes to power in Karnataka. 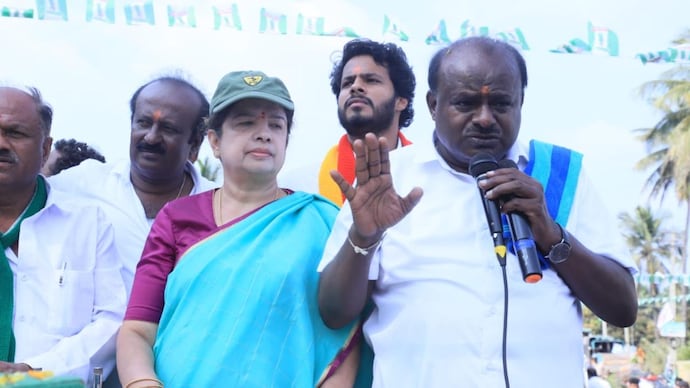 Author: Sagay Raj: Anitha Kumaraswamy, JD(S) MLA and wife of former Karnataka Chief Minister HD Kumaraswamy, while addressing a public rally, asked farmers to take as many loans as they want, saying she will waive them if her party is voted to power.

The Ramanagara MLA promised to waive all loans within 24 hours when they return to power in the state.

“Kumaranna [Kumaraswamy] he promised to waive the loans within 24 hours of his return to power. Take what you want. After that, he will clear the loans. No problem,” Anitha Kumaraswamy told the farmers.

The remark comes as the JD(S) gears up for next year’s assembly polls. The JD(S) leadership has already named former chief minister HD Kumaraswamy’s son and party youth president Nikhil Kumaraswamy as its candidate from the bastion Ramanagara constituency for the 2023 polls.

The JD(S) is the first political party in the state to formally nominate its candidate for the polls, which run between April and May.