– It provides an advanced level of security as both “Watch image” and “Touch position” set on the lock screen become a touch password.

– As soon as others touch the screen on the cell phone, a “warning” message pops up so no one else can unlock it.

– It safeguards my cell phone filled with confidential financial data and personal information.

– I can also set watch image on the first screen of my cell phone to use it as both watch and screen lock. This is a genuine touch lock screen~

It is simply done only if I touch any position I want on the watch image of my choice. Touch lock screen compatible with any version of cell phone
– Surprisingly, this simple and powerful new security technology is compatible with low-end and old mobile phones as long as their screens are touch-aware.

– Since I can directly set the “touch password” on my favorite watch, my cell phone becomes much easier to use in addition to its decoration effect.

– There is no inconvenience of setting a separate password on my phone once I set the watch-password. This is because lock screen’s touch position itself functions as a strong password.
This first introduced “Touch password” is a patented technology using graphic authentication.

Security is undoubtedly strong
An innovative way to avoid exposing password to others when entering the “Touch Password”! It is because It only comes with the watch-pass.

Should I be concerned about the possibility that only touching watch makes my phone vulnerable to certain security breaches such as an attempt to crack my phone’s password by guess or unintended password exposure to others? No need to worry.

– There is a technology hidden inside the watch-pass that prevents others from finding out what actually makes up the “touch password” during its use. The password is hardly noticeable even if it is shown purposefully.
This magic like technology, which is being introduced for the first time in the world, is also patented technology.

※ “Watch-pass”’s graphical user authentication(GUA) technology, touch password, random password system, and other technologies are protected by patent so they are prohibited from being reproduced or modified without permission.
[Our Patents]

Watch password - Easy & strong Touch lock screen
Project 409
Showing permissions for all versions of this app
This app has access to: 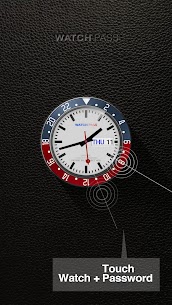 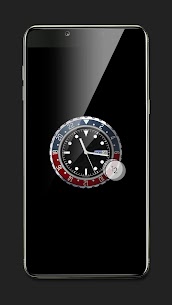 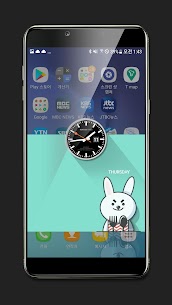 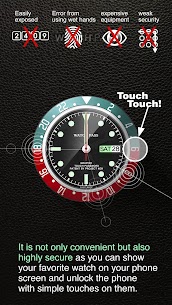 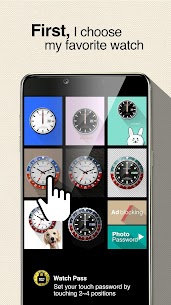 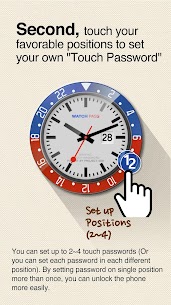 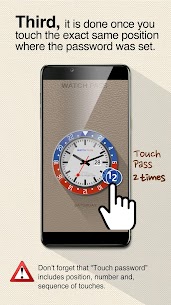 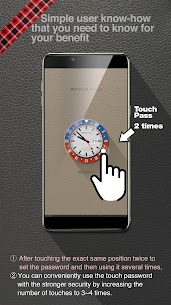