“The bird has been released,” tweeted Elon Musk. Let’s take a look at the three top executives he fired after the takeover 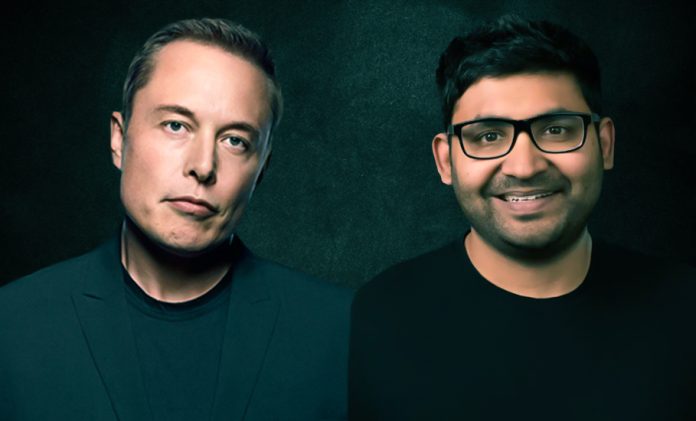 Billionaire Elon Musk took control of Twitter and fired some of its top officials, including CEO Parag Agarwal

Billionaire Elon Musk took control of Twitter on Thursday and fired some of its top executives on Friday. Among those who got the boot were Chief Executive Officer (CEO) Parag Agarwal, Chief Financial Officer (CFO) Ned Segal and Head of Legal Policy, Trust and Security Vijaya Gadde.

According to reports, Musk stated that he did not have “confidence in the current management” of the company. As Musk tweeted on Friday, “The bird has been released,” let’s take a look at the three top executives that Musk “released” on Twitter.

Who is Parag Agrawal?

Agrawal took over as CEO of Twitter after its founder Jack Dorsey stepped down in November 2021. Agrawal, now 38, made news for being the youngest CEO of a Standard & Poor’s (S&P) 500 company. He was also one of the few Indian-origin CEOs to head US-based tech companies.

Agrawal was born in Maharashtra. Mother was a school teacher, and father worked in the atomic energy sector. After completing high school from Atomic Energy Central School, Mumbai, he did his B Tech in 2005 from IIT Bombay. He moved to the US to study at Stanford University in California and joined Twitter in 2011 while pursuing his PhD in Computer Science at Stanford. .

Also Read: Elon Musk Gets A Dose Of Twitter ‘Crazy’ Right After Taking Over

At the time, Twitter had fewer than 1,000 employees. In 2017, he became the company’s Chief Technology Officer (CTO). It was focused on increasing the torment and income of the microblogging site. Since December 2019, Agrawal has been working on Project Bluesky, an independent team of open source architects, engineers and designers to prevent abuse and misinformation on Twitter.

Before the takeover, Agrawal took Musk to court after the latter reneged on his promise to buy Twitter. According to agency reports, Agrawal’s salary for 2021 was $30.4 million, mostly in stocks. Now, after his eviction, he is expected to receive a $67 million settlement, according to reports.

Who is Vijaya Gadde?

Vijaya Gadde was another influential Indian-origin executive at the social media company. He was born in Hyderabad but moved to the US when he was just three. degree in Industrial and Labor Relations from Cornell University, then studied law at New York University. After working as a senior manager in the legal department at Juniper Networks, he joined Twitter in 2011, like Agrawal.

He oversaw legal and public policy, trust and security at the company. In simpler terms, his team decided on content moderation on the platform. Gadd, 48, often handled sensitive topics such as dangerous speech and harassment on the platform. In this sense, his role was often full of controversy.

The two events that received the most flak were the deletion of former US President Donald Trump’s account and the blocking of a New York Post article in 2020 about current US President Joe Biden’s son Hunter Biden. He was one of many who criticized Musk. last move

Musk, a supporter of the Republican Party, is also an absolutist of free speech. He has already stated his intention to form a “content moderation board with many perspectives” for Twitter.

Gadd also made big news in India in 2018 when a photo of himself, standing with Dorsey, held a sign reading “Smash Brahmanical Patriarchy”. He was forced to apologize in some tweets.

He earned about $17 million in 2021, according to a Bloomberg Law report. Gadd will receive $54.7 million in compensation, including shares in the company he owns. He is said to have played a leading role in closing the deal between Twitter and Musk.

Who is Ned Segal?

Director Segal has been with Twitter for over five years. The Georgetown University graduate served as Vice President of Finance for Intuit’s Small Business Group and Managing Director and Head of Global Software Investment Banking at Goldman Sachs before joining Twitter in 2017. He is also a board member of the plant-based Beyond Meat. meat company

Watch: ‘The bird is free’: Musk takes over Twitter

Segal will receive $25.4 million, thanks to a “change in control” in his contract. He lives in San Francisco with his wife and three children.

In a post, Segal said he is “grateful for the opportunity to work with such an incredible group of people” on Twitter.